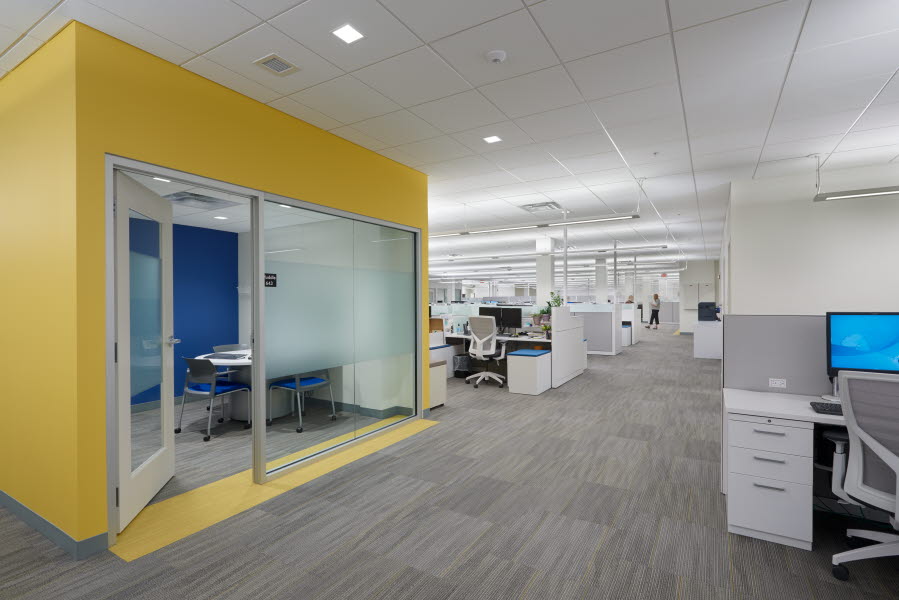 Fulton Bank needed to renovate its Administrative Service Center for growth and efficiency. The existing building was last renovated in the 1980s and contained spaces that were underutilized or inefficient. The wide, rectangular building housed much of its non-office space around the perimeter of the building, leaving most of the occupied working areas far from exterior walls. The working areas were bound by high dividers and darker-colored finishes which left the space feeling confined and accentuated the lack of natural light. The bank hired Francis Cauffman of Philadelphia to redesign the space, and High Construction to schedule and build the renovations. By working during evening and night hours to perform the renovations, High Construction minimized disruptions to the bank's operations. The project was completed in six phases over 15 months, while the facility was occupied and operational. More than 83,000 square feet of interior space in the101,127 square foot structure was updated.